June of 2021 marked the centennial of the first bridge built to carry automobile traffic over the St. John’s River. On July 1, 1921 the monumental span was opened with much fanfare and celebration. San Marco Preservation Society, the Jacksonville Historical Society, the San Marco Merchants Association, the Jacksonville Transportation Authority, and the City of Jacksonville marked the occasion during the last week of June with a multi-day celebration that featured a variety of activities.

To kick off the festivities, beginning at sundown on June 24 through June 26, the bridge was lit up in blue and yellow, as a nod to its past, present, and future. When the original bridge opened, it was the first three-lane steel vertical-lift bridge in the state, and an engineering feat. Its center section was painted yellow and fondly nicknamed “the Yellow Monster” because the section would often get stuck, causing traffic delays. When Mr. Acosta passed away, the bridge he helped bring to life was renamed for him. Eventually the bridge deteriorated and was replaced by the current bridge we see today in 1991. Blue lights adorned it. Today, the Acosta Bridge stands 81 feet above the river at its highest point, has separate pedestrian lanes, and room for cyclists. It’s maintained by the Florida Department of Transportation, along with JTA, which maintains the Skyway tracks and lighting systems. Thanks to JTA and photographer Fred Ortyl for this beautiful photo. 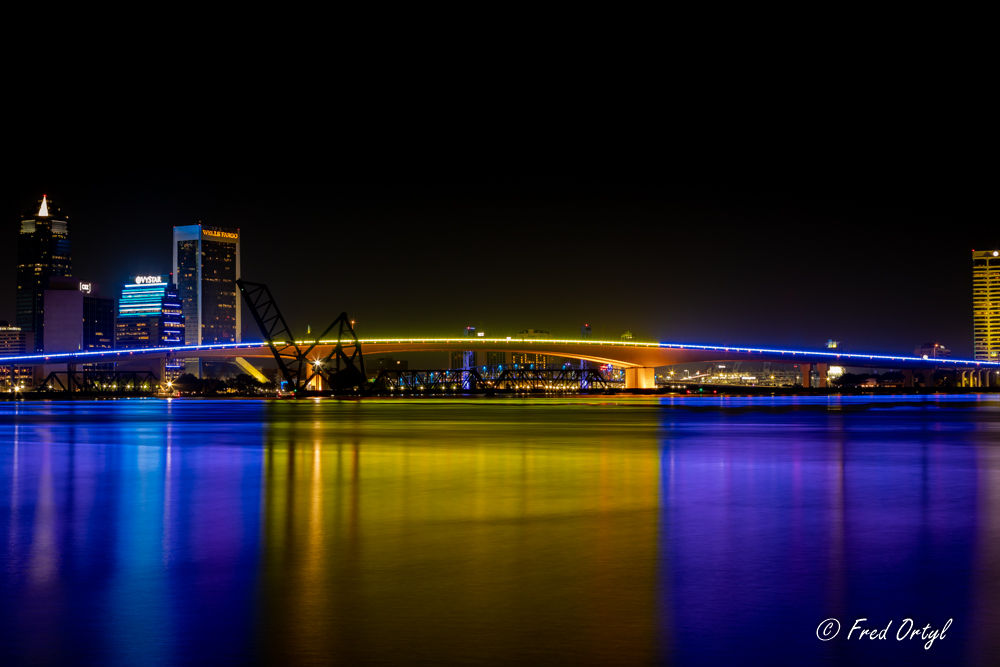 On Thursday, June 24, Dr. Wayne Wood spoke to a packed hall at Southside Baptist Church about the importance of spanning the river for automobile traffic one hundred years ago, as well as the journey that was taken to get the bridge built. The audience was captivated by the storytelling of Dr. Wood, and attendees were able to view original photos and artifacts from the St. Johns River Bridge’s opening 100 years ago. It was a special evening learning about the importance of the bridge not only to the growth of Jacksonville, but also to the state of Florida. The oldest and youngest granddaughters of St. Elmo W. Acosta, the bridge’s namesake, were even in attendance. They are pictured holding the actual shovel their grandfather used for the bridge’s groundbreaking in 1918. They were gifted roses this evening by the SMPS because their grandfather loved to garden, and was known to wear a flower in his jacket’s lapel. 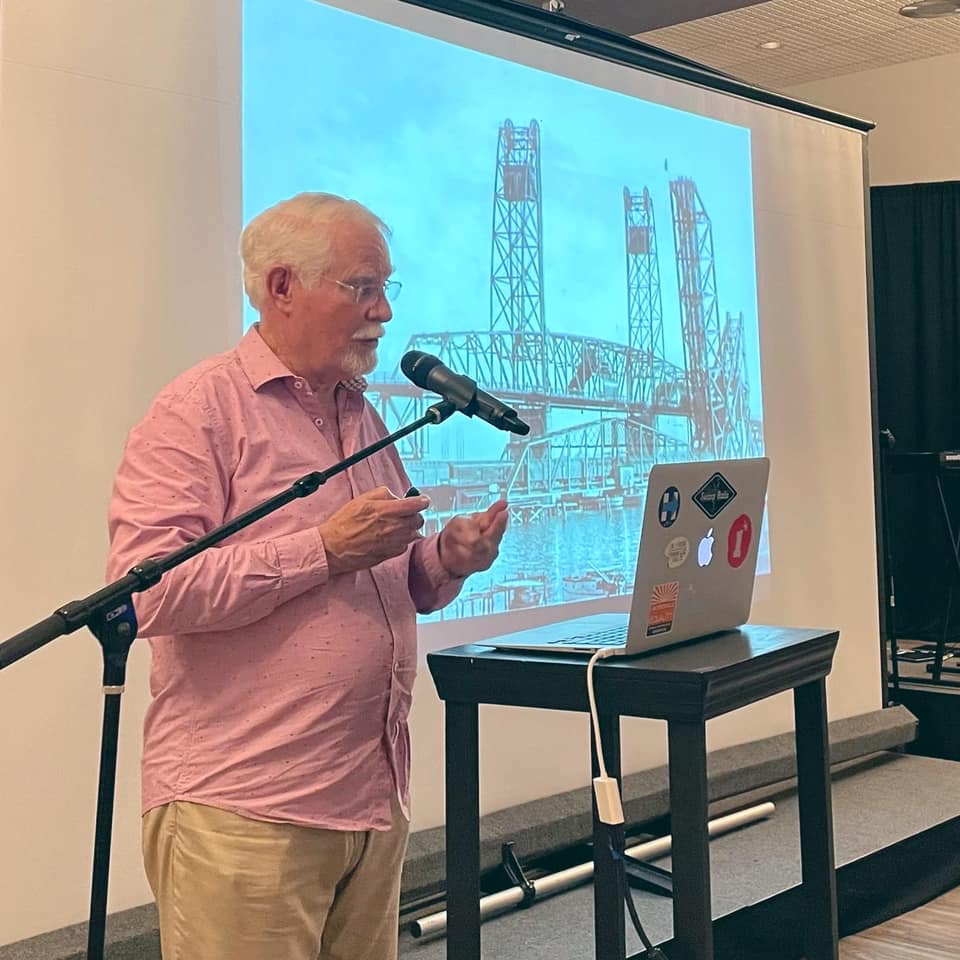 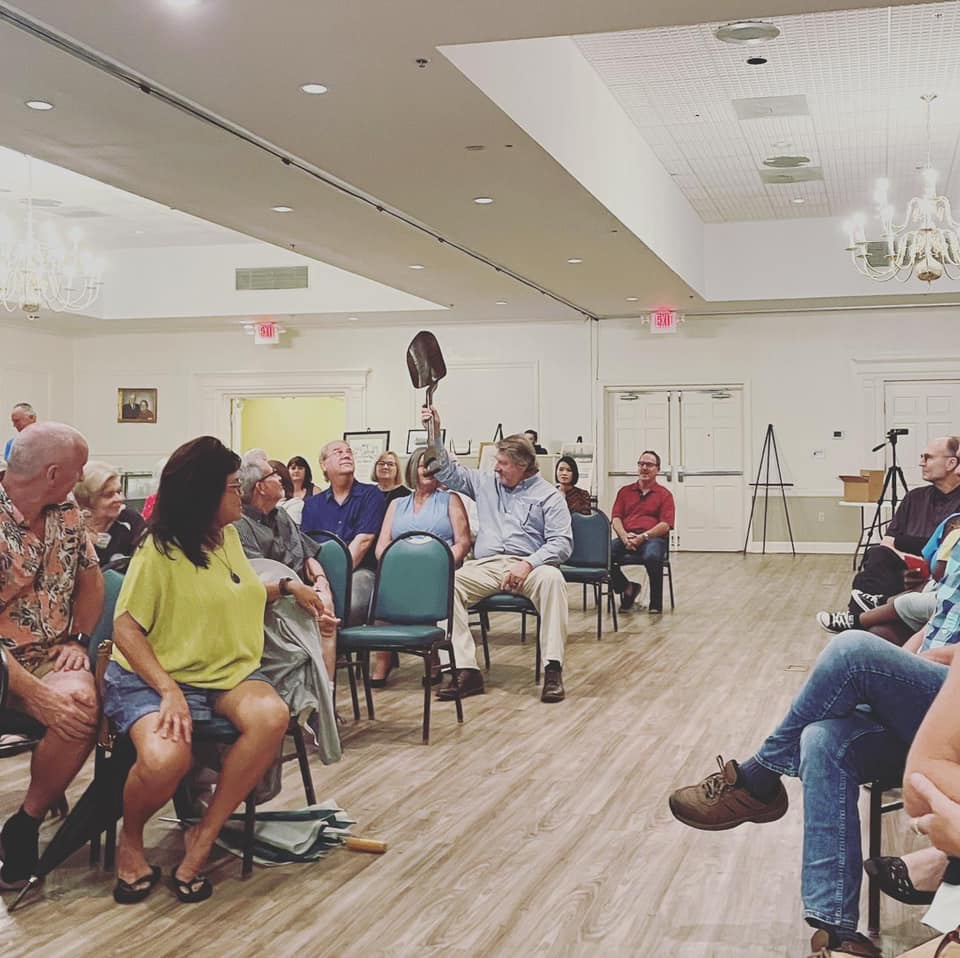 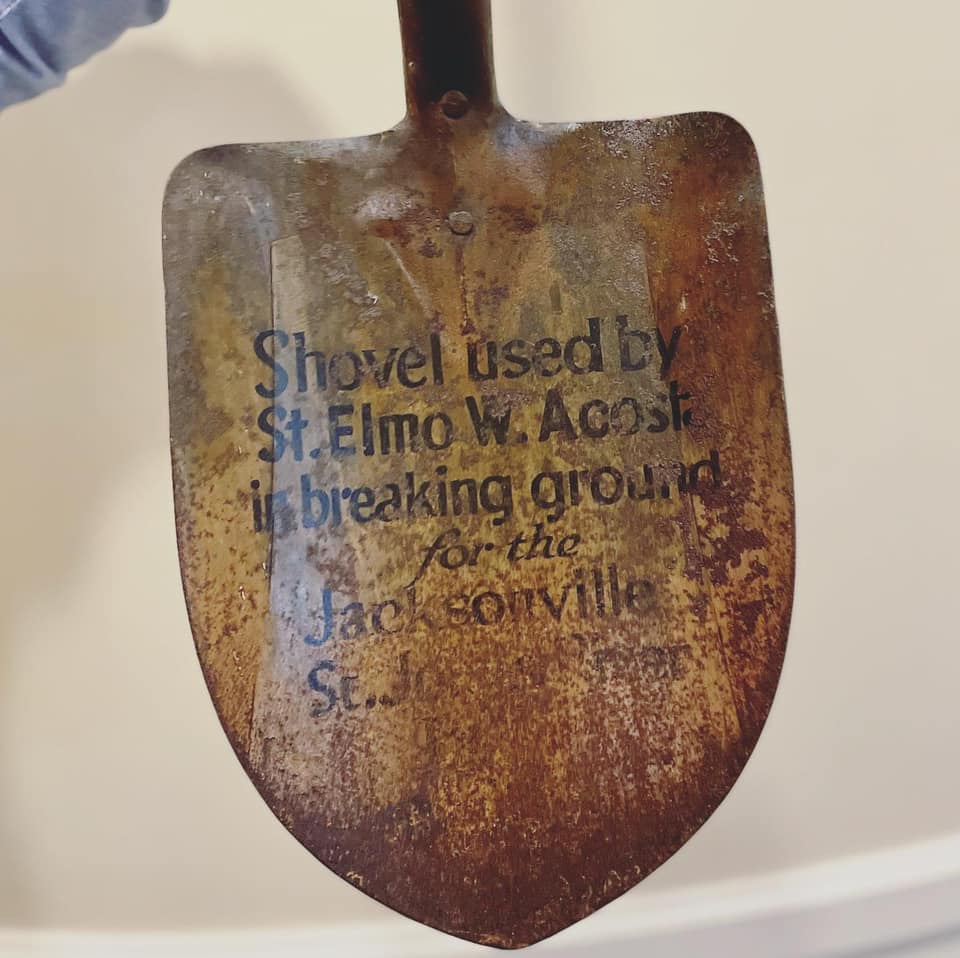 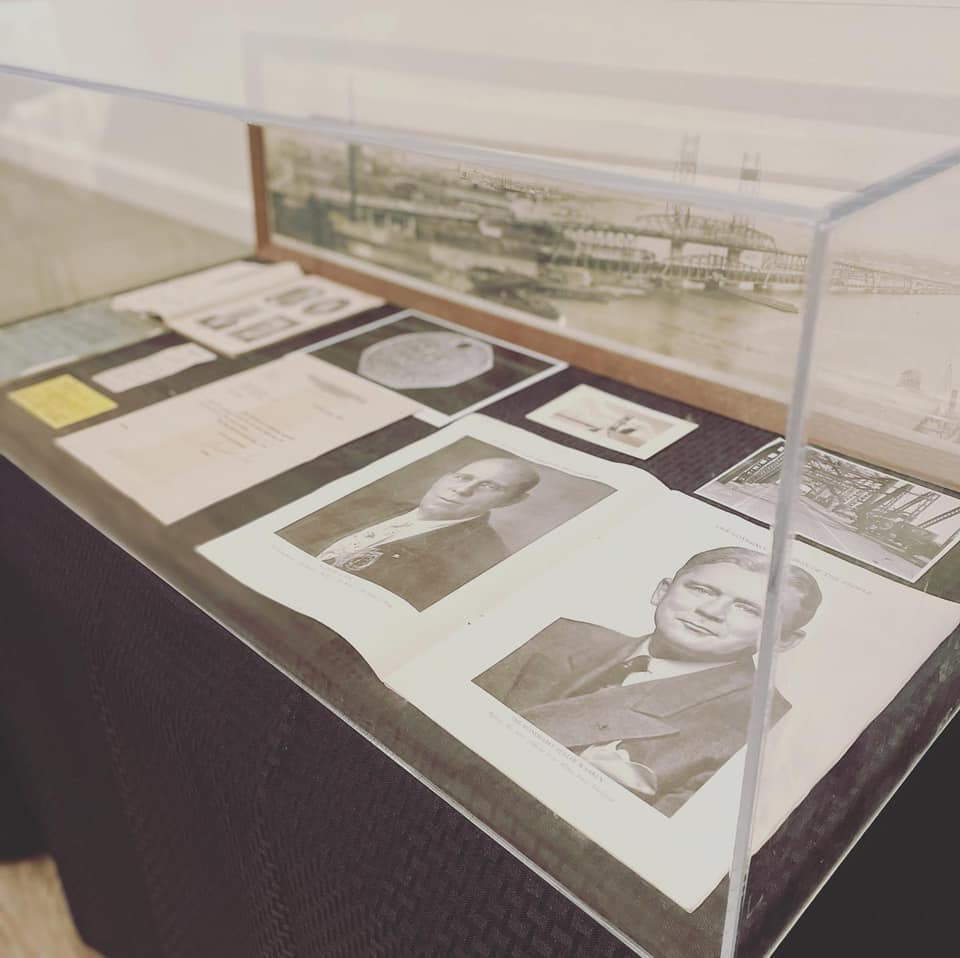 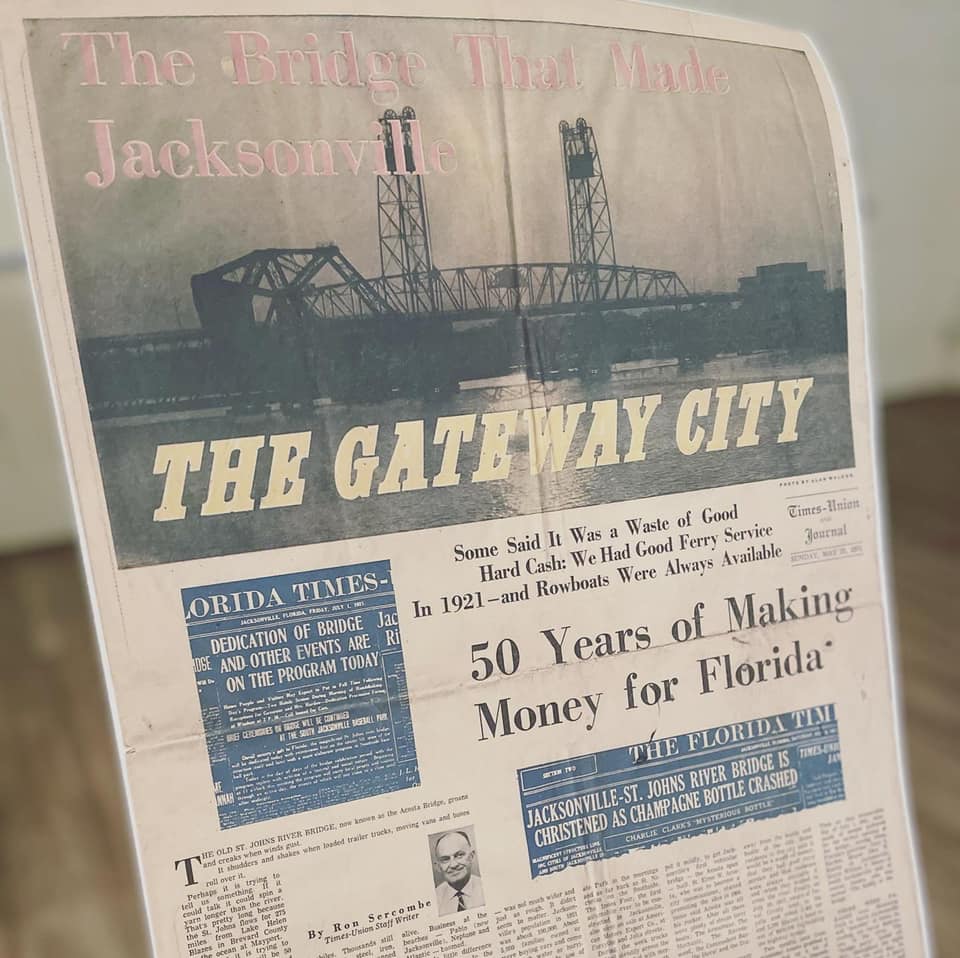 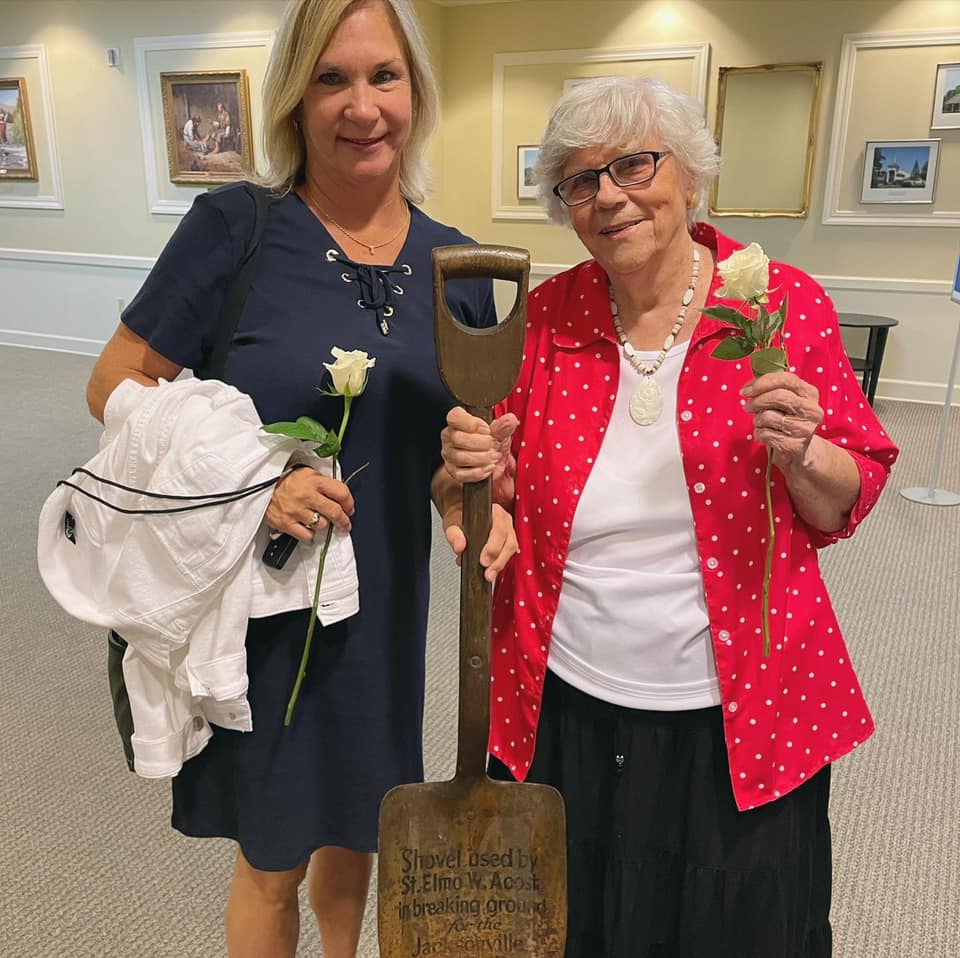 On Saturday, June 26, a classic car parade traversed over the Acosta Bridge to commemorate the parade that was held 100 years ago on July 1, 1921. Vintage cars from around the area participated. The parade route started near MOSH and entered the bridge going northbound. It crossed the river, circled back on Bay Street, and crossed the bridge southbound. The parade then continued down San Marco Blvd. to San Marco Square, where the cars parked and were on display. Festivities, prohibition-inspired mocktails, and light refreshments were offered in Balis Park. The San Marco Preservation Society and Jacksonville Historical Society marked the occasion with a few words of celebration. 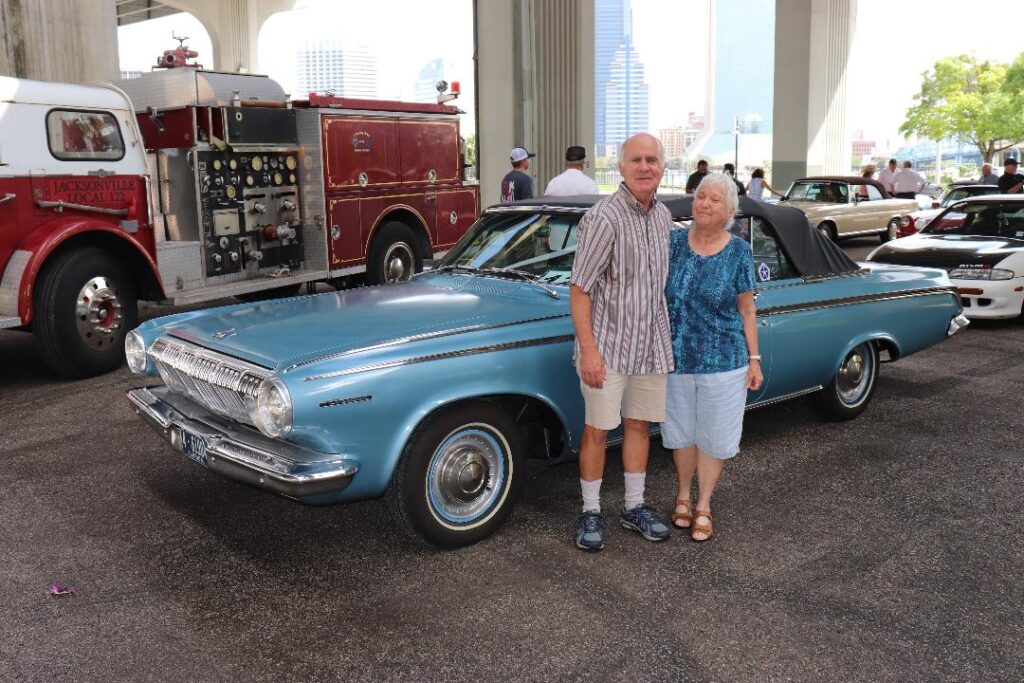 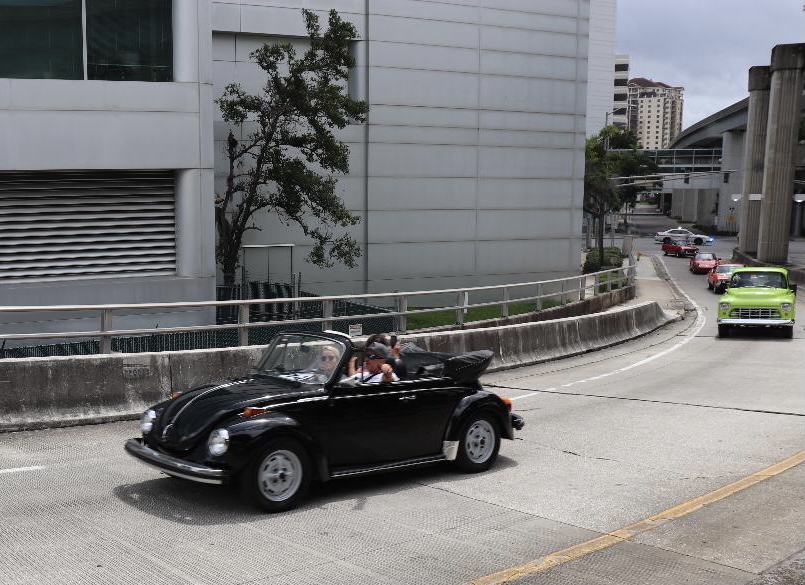 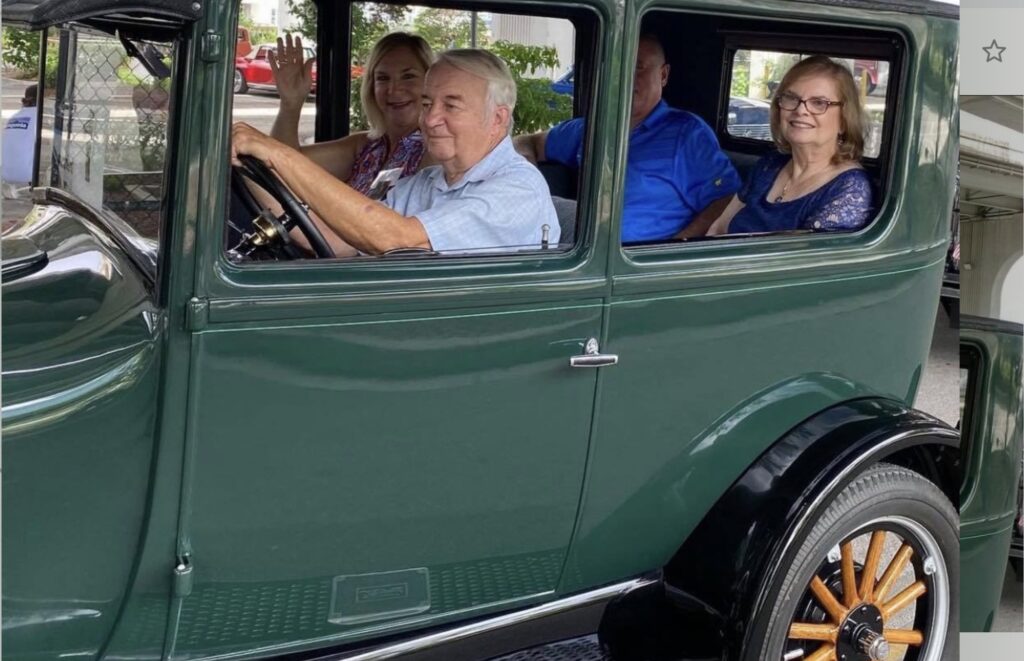 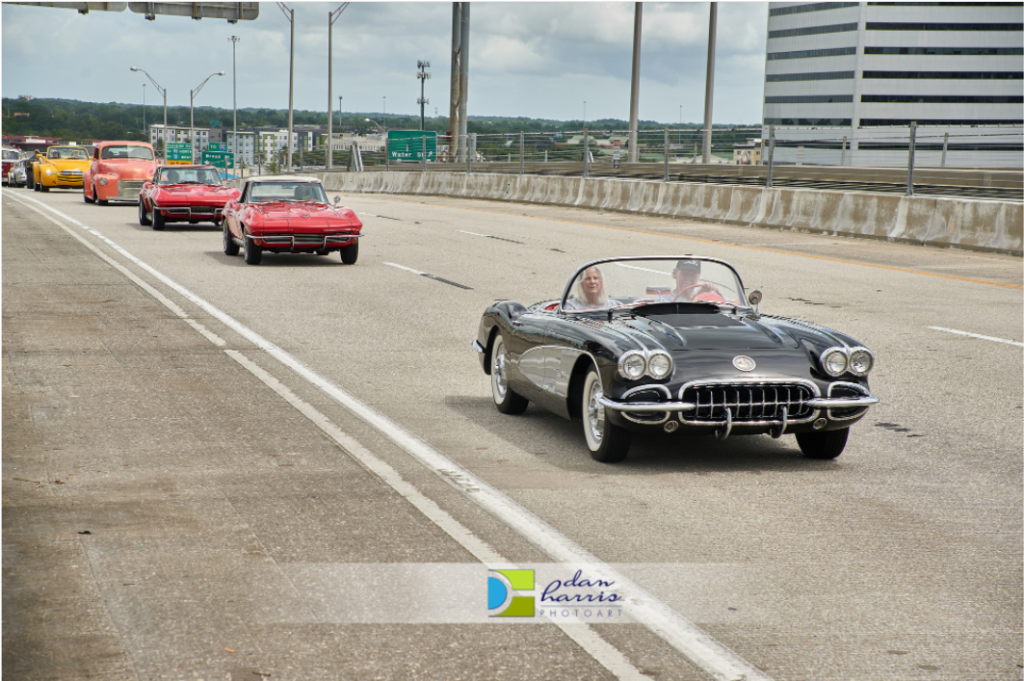 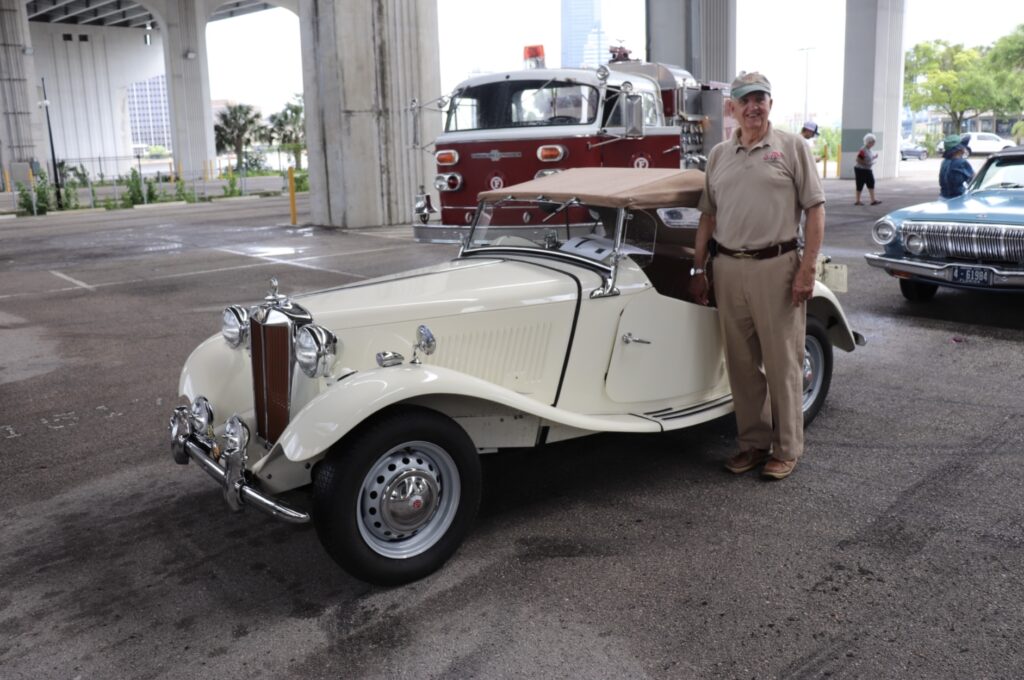 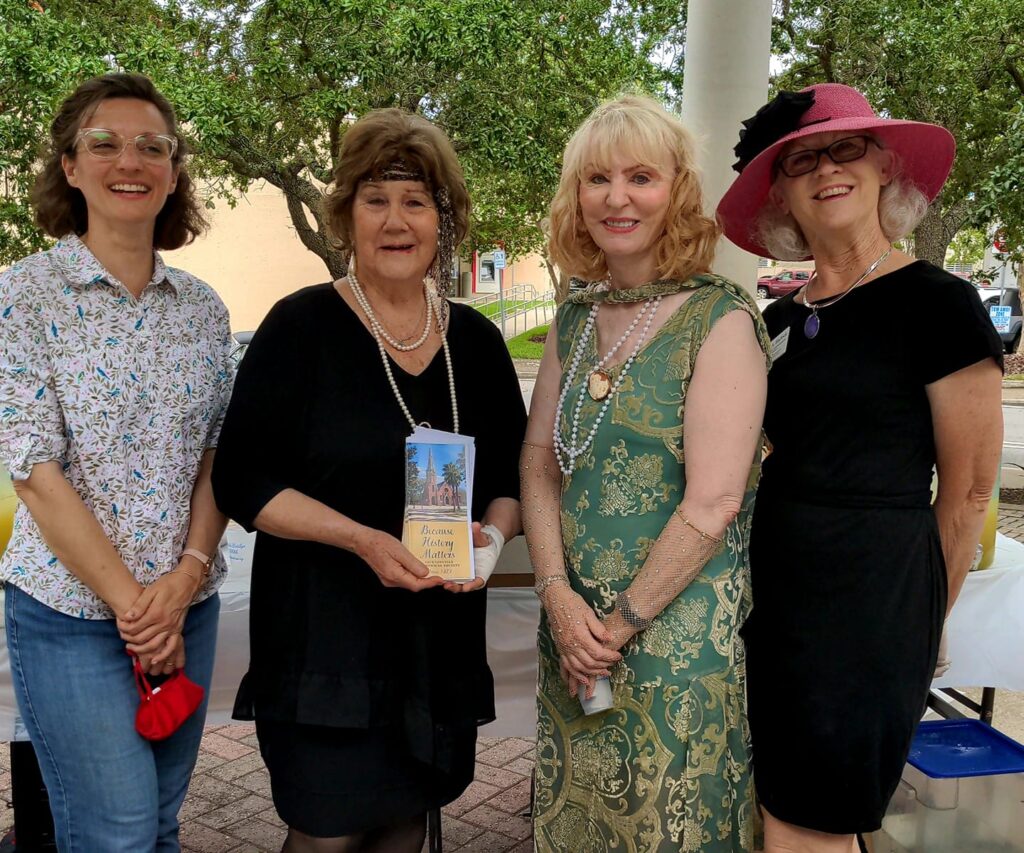 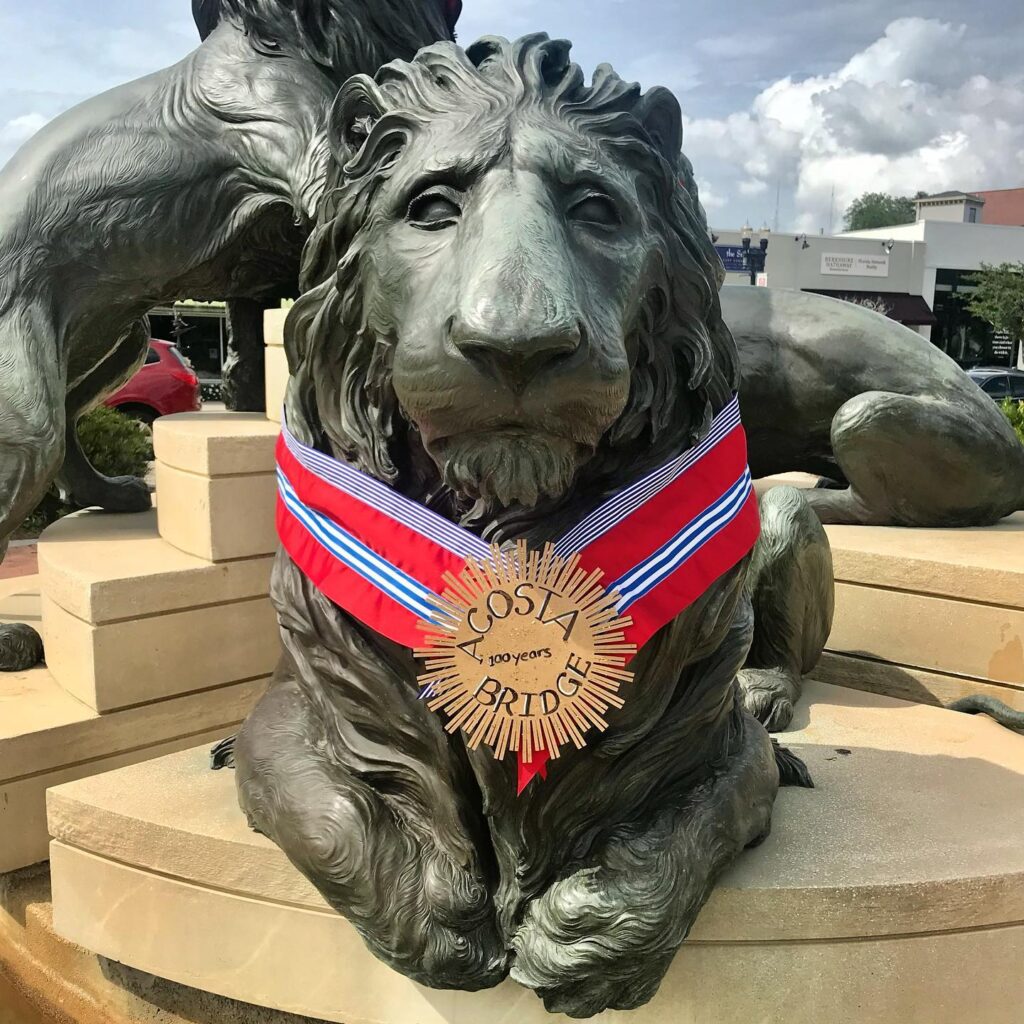 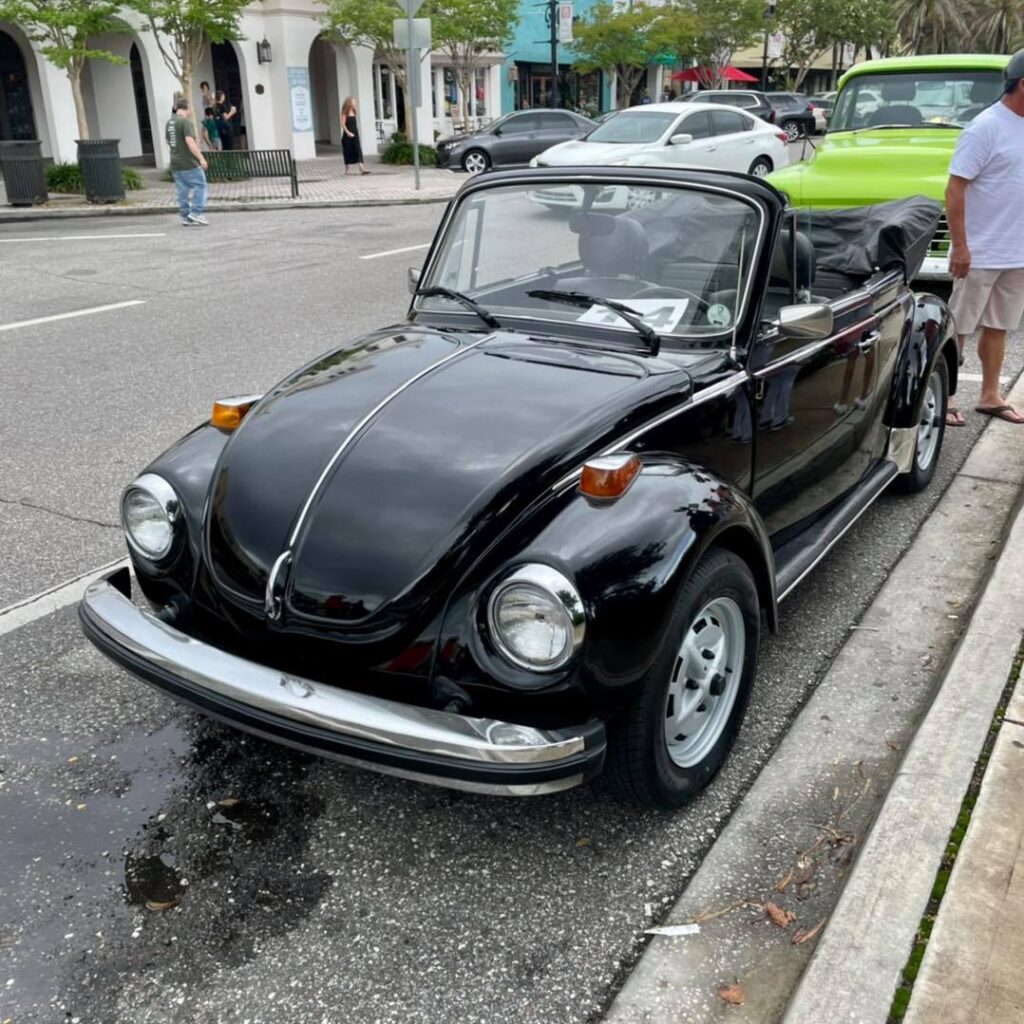 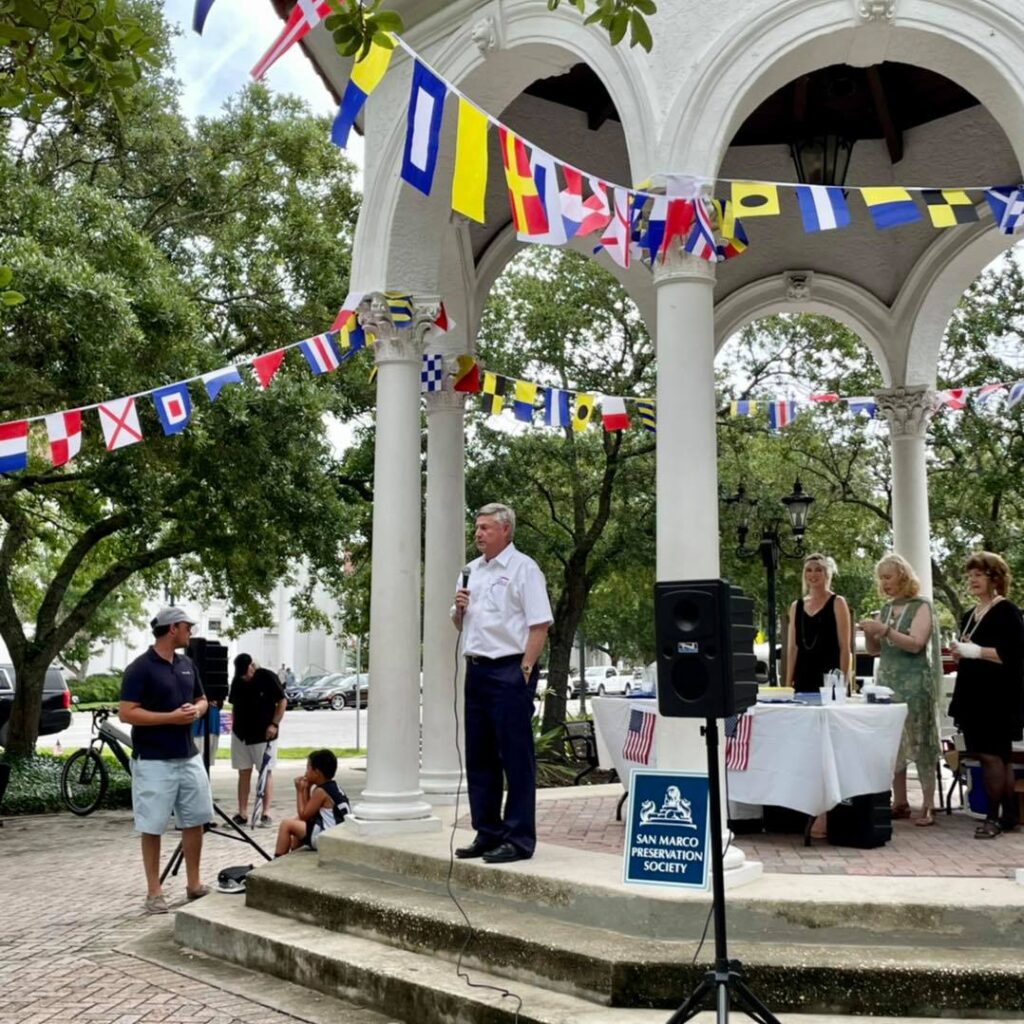 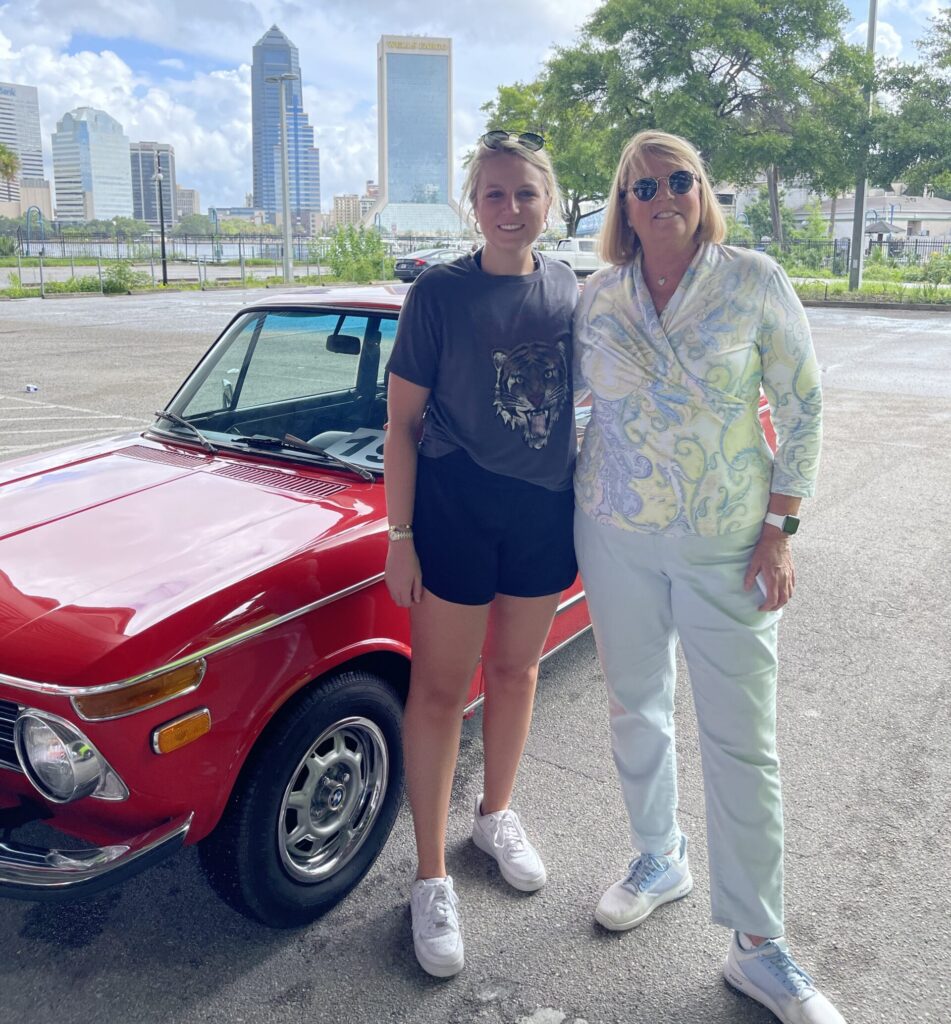 The bridge is significant not only to Jacksonville, but to the state of Florida and East Coast. The San Marco Preservation Society was thrilled to bring these events to our community, celebrating local history. The SMPS would like to thank event partners Jacksonville Historical Society, San Marco Merchants Association, City of Jacksonville, Jacksonville Transportation Authority, and Southside Baptist Church, with special thanks to SMPS Historic Resources Chair Robin Robinson for her hard work on this milestone event. Thank you also to all who attended and made these celebration events so meaningful.

To see more photos and learn more about the Acosta Bridge and centennial celebrations, please visit the news articles below: